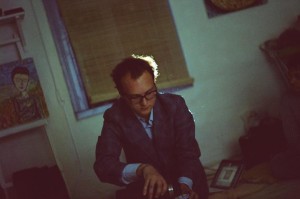 Jury Urso was born in a fictional country somewhere in the non-existent europe which is not actually western country.

Jury Urso is a Belarusian-American anti-cultural worker, self-proclaimed anti-artist. He was an active member of the Belarusian radical political and cultural underground for a decade in a different role, from organizing radical libraries to creating anti-bourgeois mini-festivals of antiart (https://www.facebook.com/antibourgeoisfest/) and mini-gallery of underground anticulture (https://www.facebook.com/Jury-Urso-Mini-Gallery-of-Underground-Anticulture-497420783792481/). His work is on the border of anti-performances, radical political & literary theory. He has B.A. in philosophy (hons) from DePaul University (Chicago, IL, USA) and M.A. in Visual and Critical Studies from School of the Art Institute of Chicago (Chicago, IL, USA).